“The verb “to dart” is not a notion I easily associate with slugs and snails. “Love”, however, maybe. I once witnessed a slug, centrally placed on a gravel path in a London park, lustfully entwining itself with a smoothly eroded piece of flint that resembled it uncannily in size and shape. I love the poorly focused 35mm snap that I took to remember the day. And in retrospect I love the overwhelming intimacy of this small-scale event, an interspecies Pygmalion, set within the everyday banality of a human city passing it by. It was only when we crouched to better observe the slug-flint chimera that walkers-in-the-park got curious and started to gather – and even then they seemed perturbed to find ‘nothing there’ on the ground where we were staring – just a slug, or a stone, or two of one, or neither.

But for me the slug’s tactile and idolatry exploration of a form that echoed its own became a place-marker, a sort of totem event if you like, that I always go back to when I play one of my favorite thought games. This consists of quizzing myself with a philosophical conundrum: “what would it take to make art for other species of animal? Do they make art for themselves?”

In Greek myth Pygmalion was a sculptor who fell in love with one of the statues he had carved. He loved the figure so much that he wished he could meet its human likeness in the living world – until, one evening on returning home, he kissed the statue on the lips and found that they were warm. I can only imagine that for the ‘dusky slug’ (Arion subfuscus) the piece of flint it was kissing felt somehow protective, not warm to the ‘touch’ if slugs can be said to touch on our terms, but seductively smooth and large and solid, given its placement in the midst of a monotonous field of prickly pebbles and heavy mammalian footfall. A sculpture, or readymade, or cairn… how else would a slug view the image of its likeness other than slithering, like a long muscular tongue, over the flavors of its surface?

The ‘herm’ of herm-aphrodite (of which the slug is one) refers back to a place-making stone dedicated to Hermes, the Greek god of boundaries. The herm for us is therefore also a landmark or cairn, which is not surprising since as a species we have long located ourselves in relation to inanimate objects or features of the landscape that mirror us in size or shape. We have a tendency to draw these things in, enhancing their human resemblance through anthropomorphic extensions (sometimes Greek herms bore heads, or feet, or other body parts). On occasion we even go so far as to fall in love – as with the story of Pygmalion, or the recent news story hitting London headlines of contemporary artist Tracey Emin who pronounced that she has married a rock. Boundary-breaching impulses of this nature underpin the derogatory associations of ‘hermaphrodite’ in Middle English as “one who improperly occupies two offices”.

Offices, or orifices? As offspring and etymological conflation of Hermes and Aphrodite (goddess of love), our hermaphrodite ‘dusky slug’ literally inhabits both male and female gender. Another hermaphrodite and close relative of the slug sent me down this snail trail in the first place when, a few weeks ago whilst poking about in my late grandfather’s collection of micro-mollusks (another story) I discovered a tiny wooden box labeled with his handwriting ‘dart of Helix aspersa, G.F. 2.5.04′. The first two initials refer to his garden in Gozzards Ford, named after the presence of a boggy wetland which befits a particularly diverse range of slugs and snails, along with newts, rare mosses and lichens, etc. However ‘Helix aspersa‘ translated into common parlance refers to the far-from-exotic Garden Snail, making it clear that the last piece of this miniature riddle, the ‘dart’ itself, must be something special (take note, Arthur’s highly refined collection is of dollhouse dimensions and would strain to accommodate the shell of a clunking great aspersa). The fact that A’s thousands of hand-collected specimens occupy only a small corner of his study is hardly a reflection of their value, instead serving to communicate the practical side of this 96-year-old seer, offset by his surrealist drive towards the fairytale depths of microscopic scale. But my grandfather was also a romantic, which perhaps best explains the presence of the love dart in it’s special box, winking at me from amongst the ordered mass of other more-legible specimens.

On a sunny day, twelve years ago in early may, the then eighty-eight year old Arthur must have stopped in his tracks (fencing for rabbits or weeding the asparagus maybe), and stooped down to encounter the strangest of rituals. When Helix aspersa mate they rub faces, biting lips and touching with their tentacles. Their reproductive organs are on their heads so whilst to us it looks like they are innocently kissing, the téte-a-téte of these hermaphrodites is in fact the most intimate and sexually equitable arrangement, a two-way flow of mutual copulation. This process can take anywhere from fifteen minutes up to six hours, but only the closest and most patient of observers will notice its linchpin moment – the real thrust of romance – as each snail attempts to fire a small, sharp, calcium-white dart into the body of its lover. I have no idea how Arthur extracted the minuscule weapon; if Helix aspersa misfired, or if he found it in the love-scrambled undergrowth afterwards. But he spied the dart with his beady eye (snails themselves have little or no sight) and, puck-like as always, snuck it into his collection.

Remarkably common in the gastropod world, love darts are highly species-specific and, like the shells of those who bestow them, they come in all sorts of shapes and sizes: from barbs and curves (Helix lucorum, Cepaea hortensis) to spirals (Leptaxis erubescens), and of course the classical arrowhead (Monachoides vicinus). A much-debated enigma common to gastropod enthusiasts throughout the ages, scientific consensus now explains the love dart as a hormonal device. Micro-analysis of the calcium spur has revealed these darts to be coated with a substance which increases the impaled snail’s receptivity to the sperm of its arrow-shooting lover. If this explanation might seem a little disappointingly reductive that’s probably because the process is yet to be fully understood and of course, the complexity of any event is relative to the scale and perspective of its observer. Not only am I trying to do justice here to a relic that is hard to describe as anything less than a ‘tool made by a snail’, I would argue that the love dart transcends the category of ‘artifact’ to be encountered from the other-snail’s perspective as a work of art – functional of course, but in the most enchanting and affective sense: it is literally and heart-piercingly seductive.

The prosthetic fire of the love dart might be strong enough to puncture not only the hearts (or noses or cheeks or whatever-goes-where) of other hermaphrodite snails, but also the peculiarly human boundary that continues to assert a line of separation between our own ‘two orifices’ of household and garden, science and myth. A reverse-pygmalion of sorts, in this case the Helix aspersa (aka ‘nature’, or ‘science’) throws a ‘d’ into art, raising questions about the direction not only of cupid’s arrow itself but also of the representative agencies at play between cultural and natural worlds. Returning to the Ancient Greeks by way of a contemporary emoticon, can it really be coincidence that Cupid (on command of Aphrodite) fires darts at unsuspecting lovers to seduce them into union?

As Canadian scientist and leading expert on love dart biology Dr Ronald Chase suggests, “the myth of Cupid and his arrows has its basis in this snail species, which is native to Greece”. Chase explains that the Greeks probably knew about the darting behaviour because of their keen interest in natural observation. Uniting Eros and his arrows with the mutual copulation of hermaphrodite snails surely holds wild implications for the way we conceptualize romance. That the image we most readily associate with love might in fact be a (literal) projection from the otherly world of amorphous soil-dwelling creatures is at once fitting (given the impossibility of representing our most bodily yet ineffable experiences – art’s ‘project’ from the start); it is also a suggestion that as artists and scientists we might have been courting these others all along, our slithery animal-sides, our pieces of flint.

Look out for mating Helix Aspersa (also known as Cornu aspersum) in your garden between March and October, particularly on damp days around leafy plants and vegetable patches.” 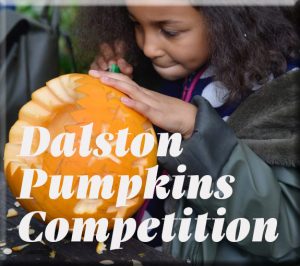 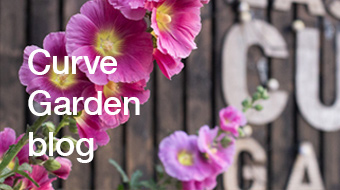